UiPath, the Robotic Process Automation (RPA) market leader, announced the six finalists of the 2019 Automation Awards CEE. Designed for software start-ups and scale-ups from the CEE region and Turkey, the competition aims to support the best teams in the region dedicated to building the best B2B non-manufacturing automation software.

The finalists in the two award categories of UiPath’s 2019 Automation Awards CEE are:

The six finalists will pitch their ideas live on the stage of the How To Web conference in Bucharest, Romania, on October 30 for the two award packages up for grabs. The winner in the start-up category will win € 50,000 in cash, mentoring hours with UiPath experienced executives, tech and marketing support. The scale-up category winner will benefit from introduction to 4 international UiPath customers, tech and marketing support and the possibility to have their solution featured in the UiPath Immersion Labs around the world.

Starting mid-June and until September 2, the competition received submissions for the two award tracks: the Start-up Automation Award, which recognizes existing teams that have already developed a technical minimum viable automation product and received no more than $1 million in funding; and the Scale-up Automation Award, which acknowledges companies that offer a functioning technology, have a solid team of at least four members, a portfolio of three paying customers and received a maximum funding of $3 million. 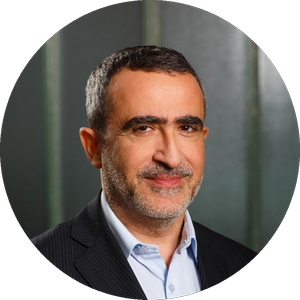 “We are thrilled with the quality of the submissions for our first edition of the Automation Awards CEE. The finalists have made solid propositions and have convinced us that their technology and passion for their product have the potential to open up and make an impact on their chosen markets. We look forward to listening to their pitch on stage and seeing them compete for a chance to gain UiPath’s support and mentorship as they seek to scale up further and have a global impact.”, said Vargha Moayed, Chief Strategy Officer at UiPath, and the competition’s champion.

For its first edition, the competition has attracted more than 100 entries in the two categories, with applicants coming from 12 countries. The jury assessed the submissions according to criteria such as the passion and vision of the founders, the value of their technology proposition and its potential to answer a market need, and the size of the market for their product.

Organizations helped to put skills at the center of their talent operations, the promise of Y Combinator-backed startup Nestor

Telios Care and Cluj Business Campus to launch the first hybrid clinic in Romania, in Cluj-Napoca

Make IT in Oradea: first startup to get funding from a public initiative aimed at growing the local startup ecosystem

BOOKR appoints Daniel Andor as UX guru of their product: “We want to revolutionize the way customers interact with services.”

Floresti, a commune in Romania, is part of a pilot project of participatory urbanism, using Furban, an online digital planner for public spaces

Cluj-based BOOKR, an appointment manager startup, gets valued at 1 million Euro before the pre-seed round

The Big Score, connecting VCs and corporates with B2B startups in Ghent, Belgium, this December